Tarjei invited me to go ride with him at some trails he knew about an hour up the road form Trondheim, he said we were going to ride with a couple of locals but when we arrived there was about 12 or 15 people in the end.

Levanger is a really cool place to ride, it is only a small area of around 3km by 3km  but it is one of those places which are just absolutely covered in trails and you could spend hours linking up all sorts of bits and pieces of trail.

At the end of the day we helped clear out a little section of trail that they had been making recently, it was a pretty steep shoot which a couple of us had a go at, the video later revealed my forks were set up with far too much air in, which Tarjei later remedied for me, as everyone else’s forks almost bottomed out whilst mine hardly moved. 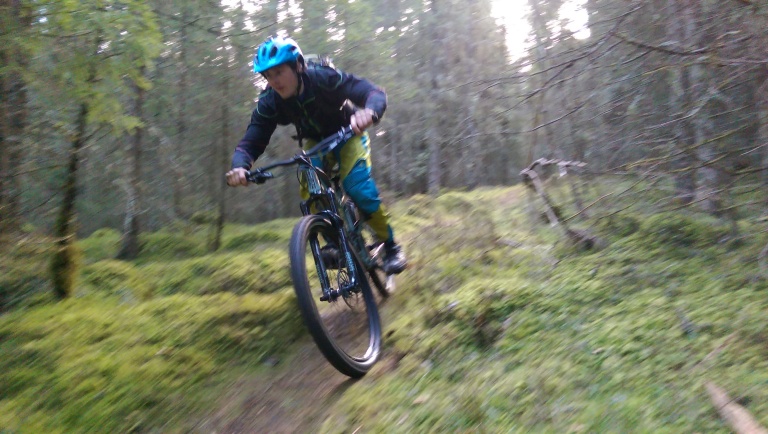